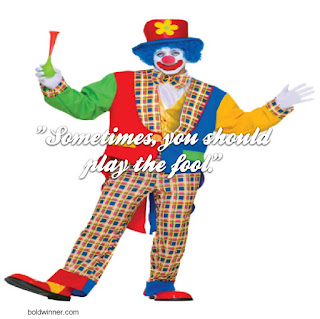 I came across a joke recently where a certain woman wanted to know her husband's reaction if she left home without notice. So she decided to write him a letter explaining that she was tired of him, didn't want to live with him anymore and loved him no more. She also mentioned that she had left their home to be with her lover.

After writing it, she put the letter on the table in their bedroom and hid under the bed. When her husband came back home, he saw the letter and read it. Then, he wrote his own message down and began to sing joyfully and dance while changing his clothes.

He said, "Yes, this woman is finally gone for good! " So he took out his phone, dialed someone, then said: "Hey sweetie, I'm just changing my clothes then I will join you. As for the other fool, it has finally dawned on her that I was fooling around behind her back so she left me. See you soon, honey!" Then he walked out of the room.

In tears, the wife got up from under the bed and decided to read what her husband must've written on the letter. When she picked it up and read it, it said: "I could see your feet, you idiot. I am going out to get some bread. Prepare my lunch when you're out from under there. I love you." The wife just stood there smiling.

When I saw that joke, I imagined that it wouldn't have been fun if the husband immediately told her that he could see her legs coming out from there. It was fun, loving and entertaining because he completely pretended not to know.

It's natural for human beings to want to prove that they know certain things very well and they like to demonstrate their knowledge given every opportunity they got. It's a good thing, but it could also be a fault when taken to the extreme.

Sometimes, it is wiser to pretend like you don't know some things, so that you'll gain more knowledge about them or even buy time to take a better course of action. You could get some other people's different ideas about a subject and perhaps you could even learn something new.

The problem we often face is that we often see ourselves as too wise and that we probably know a whole lot of things. The truth is: You never really know as much as you may think.

Our world is infinite and there limitless opportunities and vast resources to learn. Things are not always black and white. When you learn to sometimes play the fool, you'd be surprised at the things you'll find out.

You mustn't take everything too seriously as well. There are lots of people also facing problems and issues in this world and believe you me, you're not alone in whatever you're facing. So don't make it look as if you're the only one encountering challenges.

Try playing the fool sometimes, relax and just have fun watching how people try to take advantage of you because they think you don't know. Let people see you as a fool sometimes, then when the situation calls for it, surprise them with what you know.

Don't always try to let people know that you know. You'll appear as arrogant and disrespectful. People don't usually like being around such people. So keep the balance. Know when to come out plain and when to just chill out and play the fool.