Donald Trump's Victory And What We Can Learn From It. 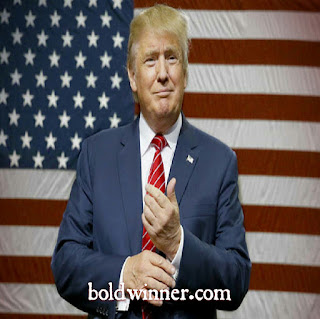 From the Moment the Biz tycoon and former TV reality star made known his intentions to run for America's presidency in June 2015, Donald Trump started facing serious challenges.

He was called all sorts of names ranging from a xenophobe, misogynist, bigot, rapist etc and he was labelled as one who had no respect for women. They released videos of him making some inappropriate statements years ago which he apologized for.

Allegations from various women who have been quiet started coming up against him from nowhere. They all claimed Trump sexually harassed them. All these were to tarnish this man's image and smear his reputation.

But there is something about Donald. J. Trump which helped him pull through even with all these labels and accusations. There was something that made the American people continue believing in this man even with lots of information from the media saying negatives about him.


It was Donald Trump's authenticity! He was so authentic and never minced words about what the American people needed to know. He may have sounded rash and blunt, but he was honest with his feelings and true to his gut.

This is something people love, even though it appears people would be comfortable to hear lies, subconsciously, they love to hear the truth. People get to appreciate the truth with time and reason.

Another thing about Trump was his resilience/Persistence. Before the elections, most of the media outlets predicted an easy win for Hilary Clinton. It was everywhere. Nevertheless, all the information from online polls designed to discourage him, never deterred him from continuing his aggressive campaign.

In fact, it appeared as if the more the media tried to paint him negatively, the more motivated his campaigns were. He made the possibility of the election being rigged to be known early enough to keep his voters alert. Turns out it was a great tactic.

With all these stunts pulled at him, Donald Trump emerged president of the United States of America today, 9th of November 2016, winning with a significant margin.

How does this concern you? And what can you take away from it? You may wonder.

Well, people may say all sorts of things about you, both positive and negative. People may accuse you wrongly and may call you names that you don't deserve simply to discourage you.

It may appear that the whole world is against you and information circulating may predict that you will never succeed in your life or that you're bound to fail.

There is only one thing that matters in all that: You being authentic and true to yourself!

Never let anything people are saying or doing to stop you from spiritedly pursuing whatever you really want to achieve in life.

Don't pay attention to anything that tries to bring you down. Please don't! Paying attention to negatives will keep you negative and stall your progress. If trump focused on what people called him, his campaign would've lost focus.

Ignore these things that want you to become a failure! You're never a failure or anything else people say you are UNTIL YOU ACCEPT IT!

You were born to win! You're a winner. You may not have known it yet, but it's there within you. Just continue to push hard for whatever you want irrespective of what people are talking.

Ignore them and allow them waste their time talking nonsense about you. Focus on your dream/target/vision and goal.

You'll emerge successful, the talkers and gossipers will be surprised and find more reasons to keep talking about you.

DJT is a bold winner.

Nigel is a bold winner.

You are a bold winner.