Why You Still Face The Shit You Don't Like 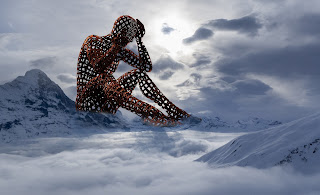 At various times in our lives we face some kind of shit we don't like. Whether you're bored, you're in an abusive relationship or you're doing a kind of job you don't like, the point is that you still face some shit anyway. Shit here refers to the unwanted circumstances or situations in our lives.

Many think that the best way out of the shit they find themselves is by simply running away from it or just ignoring it and pretending like it doesn't exist. The reverse is actually the case.

Some people walk into a place and after spending some minutes there, they're like "This place is boring,"  then they go off looking for other places that they believe is lively. And if the next place appears boring too, they leave and move on to the next.

Some people jump from one relationship to another, because they feel that their partner isn't doing so well as they expected, then they meet the next person and after some time, they come to the same conclusion and keep running that way.

Some have been blessed to be born in certain countries, but then they start seeing things that aren't right in the country and they want to leave and go live in another country, just to avoid what's not right in theirs. They forget that it was individuals like them who built those countries they run to.

Let's even say, you live with someone who you don't like their behavior. And instead of trying to help that person become a better person, you decide to leave them and run off to "better" people.

Get me right, I'm not saying that you should try to put up with any situation and not leave. There are times when the wise thing to do is to leave, but that's only when you've actually done your own best to transform that circumstance you don't like.

I really feel like we're made to encounter the things we don't like, so that we can play a role in its transformation.

Let's say you are with a group of people, then you think it's boring around them, instead of running away to find more lively groups, why not try to think of a way to make things lively with them?

Or you're in a relationship and you don't like what your partner is doing. Instead of just breaking off the relationship, why not try to make your partner understand? There was a reason you fell in love with him or her in the first place.

It may be your country. You may not like how things are over there. You might be fed up with your president and other leaders. You might be pissed up with corruption. But instead of running away to seemingly better countries, why not be a good citizen of your country, lead by example and at least try to make it better in your own little way?

Instead of always running away from the people who annoy you and people you don't like, why not try to speak to them and affect their lives with your own ways. You might be all they need to change for good. Why always run away without trying?

All these instances boil down to taking responsibility and seeking to create the things we desire instead of just running away to better circumstances.

The negative circumstances(shit) you face are there for you to actually do something about it. That's why you're a human being and not an animal who merely responds to stimulus. You're a creator. It's your duty to create the right circumstances you seek.

Don't always follow the same pattern of running away to better things and conditions, forgetting that everything changes and it's not always about running away and ignoring things.

You can be the one destined to make that transformation. If you don't do it, who will?

This is why many of the unwanted things we face in our lives still haunt us. Indeed, we don't like those things, but instead of playing a role in changing it, we run away and it keeps growing.

If we had played a little role in the transformation, it would've reduced the occurrence of it. But we refuse to play that role and we allow these unwanted things grow in our society and in our lives.

If you don't like anything at all in your life, you should play a role in it's transformation. Running away to the things you like may seem to solve the problem to you, but the truth is that the problem remains unsolved and grows because you didn't do anything about it when you had the chance.

Most of the desirable outcomes we want in life were built by someone or a group of people. Whether it's a country, a loving relationship, lively circumstances, great jobs, wealth, good health, name it. These things were built by men and women who were not running away from creating.

And today, we enjoy the efforts of these people.

Why not try to make your own effort in the creation of those things you desire?

If you've been running in and out of relationships or people, why not try to change those partners or people for good?

If you tried your best and they don't want to change, that's fine, you can leave them to live their lives. But instead of just running away or avoiding them at first, ensure you try to correct them.

Because if you form it as a habit to always run from them, you will keep running. No one is entirely perfect out there because no one is the Almighty God. People have their bad sides, but it's all about whose bad side you can actually put up with.

There's no point to keep running off to other countries to seek for their jobs. Those jobs were created by the creative men and women of that country. Why not take a shot at starting your own business and creating a few jobs in your country instead of just leaving to get a foreign job?

There's nothing like a boring situation. It's all in the state of mind. Boredom only exists because we do not think much. A little bit of thinking will give you ideas to make a place fun when you think it's boring.

Wow.. I have written a lot of words today and I have repeated a lot. I don't even know how to start arranging everything I've written up there, so I'm posting it that way.

However, the whole essence of my post today is that there is always something you can do in your capacity to create something better than what you're getting.

The reason why we still face the shit we don't like is simply because we hardly do anything within our capacities to transform it. Instead we ignore and run away.

We will continually to encounter those things we don't like if we don't play our role in changing it.

So, have the mindset of creating whatever you want to see in your world. Stop desiring already created circumstances because you have your own duty to be the creator of something for someone else.

If we have much more creators than seekers, I think the world will be far better than it currently is.

Create stuff instead of avoiding shit and keep winning!