The Illusion Of Valentines Day 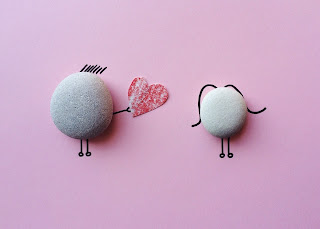 It's February 14th again. Valentines day is celebrated around the world as lovers day. On this day lovers are expected to go the extra mile in showing love to their partners. They are so carried away by the hype that they fail to see the illusion that surrounds it.

Let's start with a brief history of Valentines Day:

He was a Roman priest during the third century, serving under Emperor Claudius. Strict Emperor Claudius believed that single men made better soldiers than married ones with families, and he therefore passed a law making marriage illegal for all young soldiers.

Valentine recognized the absurdity of this law and continued to marry young couples in secret, effectively defying his Emperor's order.

When Claudius discovered Valentine’s acts of defiance, he had him killed immediately. Valentine was later canonized by the Vatican and, in the 5th century, February 14th was named his feast day, the day designated by the church to honor and commemorate a saint’s life.

Another version here claims:
In France and England, February 14th is the beginning of the birds’ mating season, which symbolizes love, fertility, and the promise of spring.

Valentine’s day is celebrated in several countries throughout the world, including France, England, Australia, and of course The United States. The day began to rise in popularity around the 17th century, where it was very common for friends to exchange little gifts and notes of affection.

Those were the two common stories associated with the origin of Valentines Day.

With time, Valentines day seems to have been redefined. It has become a day when lovers are expected to overdo things and expect something extraordinary from their partners.

In all, it's supposed to be a day to celebrate love, but the illusion of expecting too much from another person is making the day distasteful.

Secondly, it creates the illusion that romance is higher than all other forms of love. A lot of partners in relationships feel that they are obliged to have sex on valentines day in order to show how much they love their partners.

You'll find out that there's a higher tendency for someone who may not really love you that much to allow you have access to their body. Why is it suddenly easier on valentines day? Something worth thinking about.

Last but not the least, it makes love seem like it's reserved for a special day. I mean, you have 365 days every year to show your love to another person.

Why wait to show that love only on Valentines day? Love isn't something that we have to save for a particular day or express fully on February 14th only.

Love is life itself and if we want to live fully, we should be free to show our love every single day. We don't have to hoard it until it's valentines day. Why wait?

Despite this illusion that I see associated with today, I still feel it's important to contemplate on the real meaning of true love and still show love to someone today.

Don't just do them today, contemplate love and show love to someone any other day you feel like, it doesn't have to be only today.

Let's be more real with ourselves today and celebrate love without allowing those illusions destroy the true meaning of what we're meant to celebrate today.