Why You Should Still Make - And Keep - New Year Resolutions 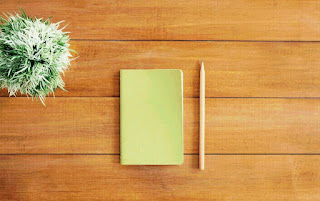 We're back to that time of the year again when many people begin to make resolutions for the New Year. This period however has been marked by lots of circulating articles  discouraging some of these people from making those important resolutions on the grounds that they're overrated and hardly kept up with. I see something wrong with this one sided argument and that's why I'm here to give you a reason why you should still make and keep New Year resolutions.

First of all,  I'll like to give you all the standard meaning of a new year's resolution. This is because often times, the problem comes from the understanding of the term.

According to Wikipedia:
"A New Year's resolution is a tradition, most common in the Western Hemisphere but also found in the Eastern Hemisphere, in which a person resolves to change an undesired trait or behavior, to accomplish a personal goal or otherwise improve their life."

Collins dictionary defines it as:
"a promise to yourself or decision to do something,
especially to improve one's behaviour or lifestyle in some way, during the year ahead."

The bottom line of these definitions is that a New Year resolution makes you intent, determined and conscious of doing something. Being intent on achievement anything as we all know is indispensable to being successful at it. Intentions go hand in hand with concrete plans and a soldier never goes into a battle field without any plans!

So those people telling you to scrap New Year resolutions are more like telling you to go into the New Year with no plans. You should go into it with no intentions for it. Just go in and take whatever comes your way. How does that sound? We all know he who fails to plan for just about anything is already planning to fail in that thing.

So New Year resolutions as we've seen from the definition helps us have a very conscious intent, goal or decision as regards what we plan to do with the next 365 days. What could be wrong with having one?

In the arguments by those who say we do away with the resolutions, they always want to drive a point by asking "How many times have you made a New Year resolution and kept it?" And then the logic behind it is: because you've not been able to keep up with some or all of those resolutions, why should you bother about creating one for this New Year?

Do you see anything wrong with that logic? Let me break it down for you. What they're saying in essence is similar to asking "Why should you keep trying to study and pass an important exam when you've failed it many times?" or "Why should you keep resolving to build up your new business when you've made a few losses at the initial stages?" That sounds more like a defeatist mentality.

Here's another way to look at it: Since your good intentions and plans for yourself to develop your life and add value to others hasn't worked well so far, why bother having any intention at all? Why not fold your arms, relax, keep living life in the same average way and sleep? How inspiring does it sound to you?

Here, we believe that failure at any good venture should never be an excuse to quit. Because you were not able to achieve something, you should not totally scrap the idea of attempting it. So their first argument is debunked.

This upcoming year, I want that percentage to increase to at least 50% and here are 5 things I think you should keep in mind as you make your resolutions for the New Year:

#1 Don't Complicate It
It's important to keep your resolutions simple. It's unnecessary to complicate things for yourself. It's better to narrow down your intentions to 3 things you really desire to achieve and achieve it than make a resolution of 100 things then end up achieving none.

#2 There's No Hurry
Things that last often take some time and cumulative effort. If you try too hard to achieve your resolutions in the shortest possible time, you may end up stressing yourself out or even run out of patience and quit entirely. Just do something everyday that will take you closer to your goals and be patient with results.

#3 Remind Yourself Everyday
Some people just write their resolutions down somewhere and after the 1st of January, they can't even find it again. Some just forget their resolutions as time goes on. If you're serious about this, you should write it down somewhere you can easily read it every single day. Remind yourself why you made that resolution in the first place and let that be your motivation with every step you take.

#4 If Possible, Keep It To Yourself
Some people cannot keep their mouths shut. The whole world must not know about your New Year Resolutions. It was written by you and it's for you. Why should you go about telling everyone who cares to listen about it and then end up achieving nothing? Talking about your resolutions gives you a false feeling that you've already achieved them. This isn't good for you. The only exception should be with your significant other.

#5 Pray
Maybe you're among those contemplating on scrapping the whole New Year resolution of a thing because you've tried so many times and it don't seem to work. Maybe you've tried the 4 steps above and yet nothing. You might be missing the spiritual dimension to it which involves prayer. Whatever religion or spirituality you subscribe to, it's important you pray to your creator about your resolutions. This might just be the missing link.

I can tell you that New Year resolutions still work and I've been able to achieve most of the goals I set for myself at the beginning of the year. I hope it works for you as we go into this New Year. I hope you keep these ideas in mind and make better resolutions. I wish you a Happy and Prosperous New Year!