Face Life With A Mindset Of Simplicity 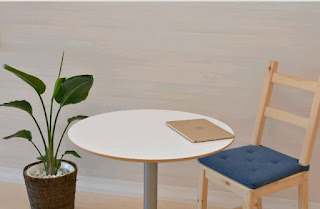 Often times we face life with a mindset that makes us believe it's difficult to excel or become successful in certain things. Rather than keeping an open mind to learn the simplicity behind many things, we tend to complicate it with our minds. This article aims to help you see and approach things from the basics rather than complicate them with your mind.

Recently, I went for a skill acquisition program with some friends of mine and soon there was this enthusiastic guy who came to speak to us. He was confident, funny and delivered his lesson very convincingly. After his final speech, the whole class honored him with a thunderous round of applause.

It's not just my friend, many of you might be wondering or must have wondered about how well certain people become so good at what they do. You watch Barack Obama give a speech and he connects deeply with his audience. Then you wonder how he does what may look difficult for you so well. What about when you watch top football players like Messi play? You wonder how they manage to dribble with the ball like that and score.

You might look at pilots, engineers, mathematicians, doctors, singers, teachers, lawyers, strategists, dancers, politicians and etcetera. And then you wonder how the experts in those fields do what they do so well. You could think, "Well they practiced, so they became perfect." You're not wrong, but it's only a half truth.

Constant practice with a wrong mindset about what you're practicing will lead to frustration. What you believe about anything is exactly what you get. If you already think something is too complicated, believe me, no matter how hard you practice it with that mindset, you won't make any serious progress.

Reminds me of something way back in college. I loved mathematics, it had always been my best subject and I found it very easy and exciting to learn. However, some of my peers had a mindset of difficulty when it came to mathematics. No matter how much I try to explain to them, they always say they hate math and won't ever understand it. Their words became reality for them. Only a few of them willing to believe that it was as easy as I told them, made some progress in learning  it.

This holds one truth: Your mindset about anything will affect the results you get out of it. Have you ever wondered why a woman who believes that all men are cheats or irresponsible usually gets to hook up with same kind of men over and over? Or ever wondered why the person who believes that there are no jobs or opportunities out there seldom finds any? It's worth thinking about.

Some people think that things are difficult. The truth is that there is nothing as difficult as you imagine it to be. The mere fact that someone is doing it and doing it with so much ease should be proof that it's not difficult to do. But the thing is that you believe it is difficult and it makes you afraid to even try the basics which are usually easy to grasp.

People often want to make things look complicated and that's why they often miss out on achieving success. Things are incredibly easy believe me! If only you can accept that mindset of simplicity and approach it step by step. You will eventually get to that point where you see how easy it is. That's only when you have invested time through practice and then you make progress because your mindset is right.

Nothing is difficult once again. Just approach it with the right mindset, persistence and practice, then you will see how easy it is to do.

You have always been the one in between where yourself and where you want to be. You are totally responsible.

People keep asking what's the secret to success? The answer has always been free and commonplace: work hard and smart, do more than others in your area of interest. But then the answer is too simple, so they don't accept it. It has to be a secret or a mystery or something more complicated. So they seek for harder answers. They keep asking the question over and over.

Some ask, "How do I get good at math(or anything)?" And you tell them the simple truth: "Math(anything) is really easy, just work at it and practice as much as possible." But no.. The answer is too obvious, they want a shortcut to make things easier because the way of simplicity looks difficult to them. They go on looking for non existent shortcuts and never get good in what they want to master.

You should know that there are no shortcuts to finding how easy things really are. The shortcut is to have a simple open mind and then invest time and practice to learn the ropes. When you've paid your dues, it becomes very easy. But then you may decide to go on wasting the time you should've used to pay your dues in searching for illusory shortcuts. Then things will continue looking hard for you.

If you're to take anything away from this article, I want you to just know that nothing is hard. Everything is easy. But then you have to pay your dues(which may look hard) in order to see the simplicity in it. That's the price to pay for things to be easy for you.

Don't complicate things for yourself. Follow the basics, take time to learn the ropes from the beginner level to the advanced level, you will see that nothing is difficult. Don't look at the part that looks hard, don't worry about how you're going to do achieve it. Just know that it's as simple as ABC and bend down to learn it gradually. Everything will surprisingly look easier as you go higher.

We all need to approach our lives and challenges with a mindset of simplicity. That way, you and me will be positioned to achieve the very best!

See you at the top!
inspiration Motivation success