From Zero to One 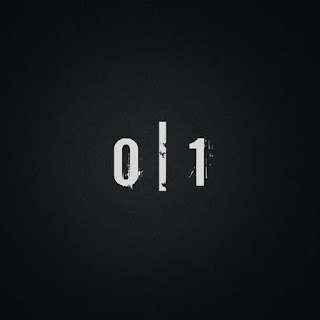 How old are you? 10, 20, 35, 47 or 55? Here's the deal: No matter how old you presently are, it doesn't matter and it doesn't stop you from still attempting to do those things you really wanted to accomplish. Looking closely at it, the time is always Zero for everyone until they start living their dreams!

Most people are fond of saying stuff like: "I wish I knew this when I was 16," "I wish I learnt that at a younger age," "I could've done this and achieved that." Instead of telling stories of your lost years and looking for someone to feel sorry for you, simply start doing those things you regret not doing on time now. It doesn't matter how much time you think you have wasted or how much time you may have left.

It doesn't matter if you're going to be able to do it as perfectly as you would've done if you were younger. Simply go out there and try accomplishing those things. The mere thought that you have lost time, should even make you put more effort into achieving the same thing in a very short time. You may even be surprised at how easy it may be.

Most people have this belief that because they didn't do some things very early, they cannot be successful in certain areas of their lives. This belief alone is enough to keep them wishing they had known and leave them eventually achieving anything meaningful. It becomes a self fulfilling prophecy.

It all starts from zero. It doesn't necessarily matter when you started. You may start late and still move faster than someone who started years back. The difference in years is no longer a barrier to achieving success in today's world. Therefore, it's an illusion for anyone to think that what they couldn't do at a certain age has destined them for failure. It's a lie which many unhappy people tell themselves. And that's why they stay unhappy.

No matter where you are.. Your time starts when you start; when you cross the zero. Stop sitting there and wishing you achieved this and that by a certain age. Just focus on achieving what you can at your present age. You'd be shocked at what you can still achieve with your time if only you can be focused and stop lamenting of what you should have done earlier.

Everyone makes some mistake and loses some time. It doesn't really matter. Don't let the lost time or mistakes drown you into depression and a loser's lifestyle. You can still build stuffs more than you ever thought possible if only you focus your energy. If Charles Darwin, Ray Kroc, Vera Wang, Henry Ford and other people who became successful after age 40 could still achieve something great, then I don't see why you should spend your precious time wishing you were younger.

Embrace the reality. Start now. Your time is still Zero. Your physical appearance may have changed, but the content within you still yearns for expression. Focus on expressing it rather than musing over lost years.

To the very young guys and girls reading this, understand that the time you have now is really precious. If you can start right away.. Start from your own Zero. The advantage is that you become successful at younger age and you enjoy the rest of your years while contributing greatly to society. Value your time and use it wisely.

To the older ones.. The time is still Zero. You can still start up something you've always wanted to do. It's never too late. Your creation might just be the next big thing. You should stop telling yourself that you've lost time and focus on living your life. You may be older, but your potential can still make great impact just like those in the examples I gave previously.

From Zero to One!