Are You a Chameleon or Painter? Find Out! 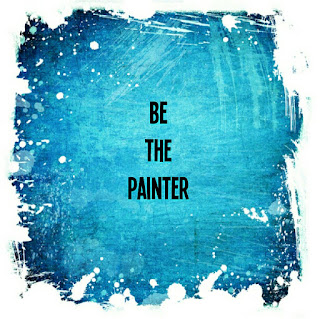 Dr.Cally Cussons ended his captivating speech at a seminar today with the wonderful quote: "Don't be a chameleon, be a painter."  The words kept ringing inside my head because it kinda sums up everything that is required to motivate any individual who is poised to make positive change and impact in his/her society. I decided to create this post out of that quote:

A person can be said to be a chameleon when they're often influenced, discouraged and made doubtful by outside situations. A typical chameleon can be found always complaining about how difficult things are and how worse everything gets. The person is usually negative minded and has little control or will over things.

Who is the painter? The painter is the one who paints and beautifies nature with the colors he has. The painter looks the canvas(world), envisions how beautiful he/she wants it to look and creates it through painting. The painter is a creator.

The painter understands his ability to create the kind of picture he wants to see on the outside world. Rather than complain and change color like the chameleon, the painter focuses on painting and transforming the picture before him. The painter never complains, but rather paints.

The painter is usually positive and happy! Nothing is impossible for him/her to paint as long as he can imagine it. The present picture doesn't discourage the painter because he knows that he has the power, ability and capacity to paint whatever he wants and manipulate the picture to match his vision.

I personally believe that there is a painter in every one of us. It's in all of us. God has given us the paint and the brush. Often times, we don't recognize that we even have them. Other times, we know we have them, but we're too scared to paint, we'd rather be 'safe' as a chameleon and do nothing.

But think about it. Who is really safe? The chameleon falsely thinks he/she is safe, but he is not because the external condition controls him. Anything can affect him as he has little control over himself or his environment. So he's actually unsafe.

The painter may be afraid or feel unsafe to paint, but in painting lies his ultimate security because in painting the picture he has in his mind, he helps to create a better world which ultimately does good to his safety. He controls the picture.

We must all recognize that we're painters. All it takes is to learn, do something with what we've learnt and find a way to give it to the world. Don't be a chameleon, release the painter in you!