Stereotypes Can Be Wrong 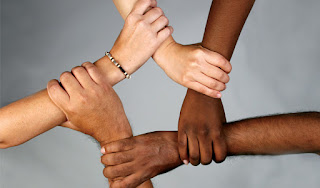 Before my journey to the West, I already heard a lot of negative things about the Yorubas. I heard they're saboteurs that must never be trusted.. I heard they like "ofe mmanu" and like to add a lot of pepper to all their food. Some said they were not nice people at all.. I heard a whole lot of things.
.
And then National Service brought me here to see for myself. My first landlord was a Yoruba man and a Muslim. I expected him to be mean and unkind, but to my surprise, he was the opposite. I've never seen a nicer landlord than this man. He took me as his own son. He made sure I had everything I asked for and never gave me any troubles at all. Even when I had to leave, he gave me extra months to arrange myself. "Was this man for real?"
.
Sometimes he called me aside just to give me advice as a young man who was still trying to find his way. Whenever he was celebrating, he offered me food and drinks and cared to know how I was doing. The experience I had with this man Mr.Tajudeen debunked a lot of things I expected. He was very hard-working and worked hard to provide for his family.
.
Then I was posted to a company owned and run by Yorubas, Mr. And Mrs.Omojoye. These guys treated me very well. Sometimes when my alawee was running out, they gave me something to manage with which was separate from what they paid as stipend to me as a corper.
.
I never had issues with them getting letters for local government clearance or anything at all. They were very cool headed individuals and I tried my best to do what I could to grow their company digitally.
.
Sometimes, Mr. Omojoye would share with me stories of how he started his own life and what he did right when he was my age. All I could do was listen in admiration. An accomplished accountant and businessman sharing his knowledge with me(a young man who he didn't really know for too long). I felt so privileged to serve under them. Mrs. Omojoye was like a mom to me as well.
.
In my street, there was this barber.. a cool headed guy who was Yoruba. He knew a thing or two about everything going on in the area and was a  hardworking young guy who didn't play with his business. I admired his spirit of hustle. He wasn't lazy in any way. Very enthusiastic guy.
.
I got to taste Yoruba food.. ewedu and Amala especially.. I couldn't find all the pepper and I enjoyed the food and other Yoruba foods I tried. No ofe mmanu there.
.
The professionals I've met here are some of the most intelligent, honest and kind hearted Nigerians I've ever met.
.
So then I asked myself.. the stereotypes about these people which some people spread around back in the east, where do they get their stories from?
.
And it dawned on me that stereotypes are just stereotypes. Things aren't always the way you are told they are. Sometimes, you have to go out and see for yourself then discover your own truth…
.
If you hear things, at least try to find out through experience. There are things you can't find out through experience, but stereotypes are things you can find out yourself.
.
Not to say that all of them are saints, but that the negative stories about them don't apply to everyone. Just like the negative stories applied to my tribe or your tribe don't apply to everyone..
.
Don't judge everyone according to what you hear about some of them.