The Secret of Successful Countries 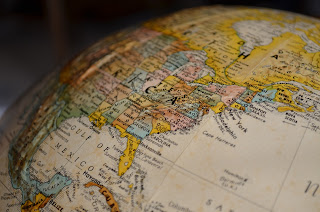 If we are really concerned about how to make significant progress in any setting we find ourselves, it is of primary importance to understand the secrets behind it. It calls for serious reflection and observation of the already existing entities which have made progress in a similar setting.

The secret of successful countries lie in their building very effective reward systems.

The leaders of these countries ensure that every deserving citizen who is playing a role in making the nation progress is adequately rewarded.

These leaders care well about the soldiers who defend their countries and go for their peacekeeping outside if necessary.

They take good care of the families of these soldiers in their absence.

They use tax payers money to build exactly what their people want. They provide and assure citizens of their security.

They take good care of the retired civil servants who have adequately served in various capacities for the good of the country and give awards to those who have distinguished themselves in service, so that the younger ones can be motivated to also work brilliantly wherever they find themselves.

They look at their education sector and diligently reward and sponsor those students who have distinguished themselves in the fields of sciences, technology and arts. This motivates other students to really take academics and scientific research seriously for the progress of the nation.

They take their reward systems very seriously. The idea behind that is this: People who are rewarded for their actions are highly motivated to do the right thing for their country and perform at their very best at any given time in any given opportunity.

Almost every one of us loves to be rewarded for the good things we do. And it is only when we are not rewarded adequately that we feel really reluctant to do our work.

Therefore successful countries don't joke with their reward system. They know and understand what rewards do to the minds of their countrymen.

Countries that have failed woefully are those countries where the reward systems have been bastardized by corruption.

Countries where civil servants die and the government does nothing to even provide for the families of the bereaved.

A country where hard working citizens are not even paid their salaries on time. How on earth do you expect them to discharge their duties adequately?

Countries where their leaders care less about their citizens and just act as they like. How will the people ever be happy to contribute in nation building?

Countries that are not making progress are countries where the leaders have failed to understand that it is the collective efforts of all the people that builds a nation.

Countries where the people do not even believe in the nation anymore cannot make any reasonable progress because a people who have lost faith are a people that will hardly do things unselfishly for the good of the nation.

I mean, why should they do anything good for the nation when they have not even seen any good results from their efforts to build it? Why?

In such failed states, the reward systems are not even in place. Corruption becomes the order of the day and in the end, it rubs off on everybody.

Therefore, how should citizens of countries that want progress work to build their reward systems?

The first step is to ensure that only credible and trustworthy leaders are elected into power.

Indeed, the electoral systems in many nations may have been compromised and voting systems may be tampered with. But one thing cannot be tampered with and that is the unifying voice of a desperate people.

If concerned citizens of those countries work together and enlighten others with one voice, they will form a voice that cannot be quenched by corruption.

Whatever fake results they may come up with, the people's unifying voice is enough to shake up the very roots of any administration.

I believe that if a  man or woman of integrity is the leader,  he or she will ensure that these failed reward systems are reactivated. And from there the people's confidence will be restored in the nation. From there progress flows.

The second step is for the inhabitants of a country to work together irrespective of their tribe or religions. Tribal and religious sentiments keep on distracting ordinary people from what the problem they face really is.

The problem lies with their collective resolve to change things. And confidence can only be restored by a leader who genuinely cares about the people.

But we fail to see this problem and we do nothing about it because they are busy fighting and quarreling over tribal or religious sentiments. When will the antagonism stop and when will they face the real problem?

Take a look at these countries that have made progress and where the reward systems are still in place. You will hardly hear of religious or tribal conflicts. The citizens of those countries understand that it is their country first and foremost before any other thing. They practice their different religions in peace with mutual respect for one anothers religion.

But in failed countries, there are conflicts almost always. If the economy was better, everyone would have been happy and people wouldn't care about fighting or making trouble. But when the economy is not booming, business is not also booming, so people are easily prone to hostility and anger.

So, it's important the citizens work together irrespective of their origins and faiths. A great leader will be able to inspire the people to do so.

I believe that these two things are the indispensable ingredients for a successful country.

If struggling countries can focus all their energies to actualising these two, things would definitely turn around for the better.

But first and most importantly, a good leader must be chosen by the people who can restore their lost confidence..

Through him, reward systems will be taken more seriously and believe me, the country will boom from there.

Try to apply the reward system in the management of people where you may find yourself as a leader.

The change begins with you. Keep winning!

Until next time..
Motivation success