Do Not Be Realistic 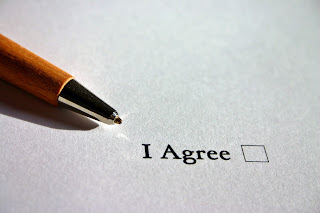 I think this article is going to be one of my realest. It has been pricking my mind to bring the words to life on this blog and despite my attempts to ignore the call, I find my mind being repeatedly hit by it.

The title of the article is quite controversial. I mean who tells you to not be realistic in a world filled with systems which have been built on logic and sound reasoning?

I will now try to make you see reasons why I have said "Do not be realistic."

In today's world, there is a strong mental war going on between what you believe and what you see happening presently around you. The game is that your environment and experiences tend to force certain beliefs on you.

You tend to easily accept these beliefs because that's what you see and think is happening around you. Therefore, you believe that nothing else is possible and you allow that belief or perspective to rule you.

It is important to mention here that whatever you believe and hold as true is incredibly powerful. It has a way of constantly shaping the way you see things, the things you see and your actions.

You wonder why the major belief systems are still existing? Answer: Strong beliefs.

Now, since you know your beliefs carry tremendous power, it's important you carefully guard your thoughts and the things you accept as true.

Many people will come to you and tell you to be realistic, so that you can accept their point of view.

They might say "Be realistic for once, everyone who has tried it has failed. Why do you think you can?"

They may say "Be realistic, you can't get that job. Do you know the kind of people who you'll be up against?"

They could've even say, "Let's be realistic, there are no good men or women out there anymore. They are all liars and cheats."

Or something like "Be realistic, change in our country is impossible."

People try to say you should be realistic when they want you to accept a particular point of view or belief.

You should be very careful when anyone tells you to be realistic because accepting whatever they want to tell you at that point has the potential to change your entire life.

If your beliefs can greatly influence your experiences and your actions. It's obvious that it can change your entire life.

Often times, it is usually the unrealistic people that bring about unforeseen change, innovations and transformation.

Other people told them to be realistic, but they went on with their unrealistic ideas and made a breakthrough for the rest of the world.

There was a time flying was unrealistic. Men who contemplated flying were mocked and seen as fools and time wasters. Until, two unrealistic brothers known as the Wright Brothers proved the realistic people wrong.

Space flights looked impossible too. It was unrealistic to contemplate leaving this earth to outer space until the the first artificial satellite Sputnik, was eventually launched in 1957 and the first manned spaceflight followed four years later. This was a result of work and efforts from very unrealistic researchers and scientists who saw the possibility.

There was a time the idea of a telephone was unrealistic to many. Some people couldn't see the possibility of speaking to someone miles away from you and hearing the person's voice in real time. Today it's now reality. Thanks to an unrealistic man called Alexander Graham Bell who didn't listen to the realistic people of his time but went ahead to create.

Roger Bannister was the first man on the planet to run a four minute mile. It was unheard of as at that time. Completely unrealistic. He broke the record in 3 minutes 59 seconds. Two months later, his record was broken. Today the current record stands at 3 minutes 43 seconds. It has become realistic to run a mile in less than 4 minutes thanks to unrealistic Bannister.

Why I say don't be realistic is so that you can believe in the possibility!

It is the possibility that carries our power and capability to create something entirely new just as we were created to do.

You don't have to limit your thinking to the present. The present events shouldn't dictate how things should be for you.

It is when you think this way that you'll see ways to create that unique possibility in your heart. Because the truth is that the possibilities are endless in this world. We live in a world where anything is possible as long as we can dream it.

There's no one permanent reality because everything is constantly changing. And that change is brought about by nature and those people who dare to go after their dreams.

The place you may currently find yourself is not all there is to life. The kind of people around you or the things they do, doesn't explain anything about everyone around the world. So don't let those tiny experiences around you give you realities to believe in. You'll be very wrong when you easily believe what your experiences try to make you believe.

You need to train yourself to see all possibilities.

Even if the people around you have tried and failed, it doesn't mean that you'll try and fail. Don't accept the reality that you'll end up like others.

Always think of your case as a difference case from the rest of them.

Maybe you're dating or married and they come to you and say that all women are the same or all guys are the same, you don't have to accept their reality. Your own reality could be different.. And your options are vast. So why limit your mindset by trying to be realistic?

Maybe you're really passionate about sparking up positive change in your environment, maybe there's something you hate about the way your leaders are running your society. They will tell you that you should be realistic and nothing can be done to change anything you're concerned about.

I'm telling you not to be realistic and not listen to those average minds. If you genuinely care about sparking up positive change, you can do it. It could be you! All it takes is just one highly spirited person willing to heed to the call of his or her soul and relentlessly pursue that vision of change.

Maybe they told you to be realistic and believe that there are no jobs out there for you. They try to make you buy the reality that it's impossible for you to get your dream job because millions of other people like you are competing for very few slots. They say you should be realistic and give up because if you're not highly connected to the company's management, you're going nowhere.

I'm telling to screw all of those opinions they have and believe in yourself. Believe that your case is different and keep trying. If you can keep your mindset on track and take advantage of your opportunities, you will find jobs in places where people have claimed there are no jobs. You might even be a job creator.

The positive belief you have about your case will somehow attract your desired opportunity for you in a way you cannot explain. The hard part is sticking with your dream: sticking with the possibility that your case is different.

Many people call it faith, some call it hope, others call it the law of attraction. You can call it anything. But there is power in holding onto strong positive views about your life and your society. It's not easy to hold onto it in a world were everything seems to be going south contrary to what you believe.

It's not easy to hold onto this possibility or vision when every single day your mind is bombarded with information from people, the media and the news with things contrary to that possibility.

It will be easier for you to be realistic and accept what they're telling you. Anybody can do it. Anybody can see it. I mean it's there. It's a no brainer! But it takes great men and women who are destined to excel beyond their wildest dreams to see something different from what physical eyes could see.

You think it's easy to believe that there's a good man or woman out there for you when every single day you hear tales of cheaters?

You think it's easy to see the possibility of a country where people can live in peace and harmony with one another when everyday you hear about wars, shootings and deaths?

You think it's easy to see yourself succeeding in your endeavors when everyone around you had tried it have failed?

You think it's easy to see the good in anything when everyone else claiming to be realistic sees only the evil in it?

My dear, it's not easy! That's why the present reality will test you. It will test you to the limit to push you into the trap of being realistic.

It's when you pass this test by holding strongly onto your beliefs and acting upon them that you begin to experience miracles.

You begin to experience things that realistic people won't ever get to experience simply because you didn't buy into their beliefs.

So, dare to be unrealistic. Go against the grain just as your innermost thoughts lead you. Don't be a Yes man or woman to everything. Learn to throw out beliefs that limit your thinking out of the window of your mind.

It's very hard to be unrealistic in a world where almost everybody wants you to be realistic and accept their own reality.

You should be wiser than that. You are way different from everybody else and you cannot be like them. Trying to be like everyone will drown your individuality and what you are designed to create in this world. All it takes to be like everyone else is to always be realistic.

The few men and women who rise above the average masses are those who dare to be unrealistic, crazy and sometimes even stupid with their approach.

The realistic ones keep repeating and accepting what everyone else does and that's why they experience the same things and make same mistakes.

You now know better.. Use your mind to your advantage.

Will you dare to be unrealistic and follow your heart to pursue and create your dreams into reality or would you take the easy way and be realistic like everyone else? Your choice!