Stop Hating On Other People's Success 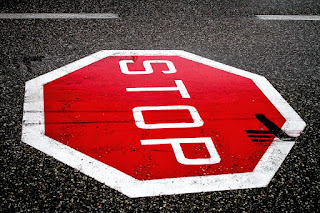 I was inspired to write this article because of what I have been observing in my environment for a while now. Majority of people find it very easy to continue hating on the success of other people. I don't know why they like to do this, neither do I know what they stand to gain, but I know for sure that this is an attitude they must stop if they really want to succeed.

Today, I was checking out an online news forum where I learnt that a governor had just sent 30 listed shoemakers overseas to China to master and develop more skills in their craft. I was happy that the governor was able to take such an initiative as a contribution towards the empowerment of those youths and also motivate other youths to be diligent in whatever they do. But I was surprised to read one of the first comments on the news which said:

"I'm sure the list was politically induced..
How can this be a success when those with passion for shoe production are left out on the streets for some politically connected children of godfathers..?"

And I was taken aback. Why was this guy quick to claim that this was a politically induced list? Why was he quick to believe that those listed were the children of political godfathers? These questions raced around my mind. It wasn't just his comment, other people were expressing their doubts about how the governor came up with the list and the authenticity of the selection process.

In all these, there were fewer people who congratulated those selected and shared good remarks about the governor. So few! Majority were just criticizing what they were not sure about. They were just hating on the selected.

It's not just online, many people behave this way too in their daily lives. How many times have you heard people ask the question,"How did he make so much money so fast?" "Where do you think he got his money from?" Or say things like "He must've been involved in some shady business," "He might have been a ritualist," "He must be a fraudster," whenever they see a very rich young individual? I have personally heard it more times than I can count.

Or maybe there's a young hardworking lady who has made a First Class in her undergraduate studies and people are quick to say, "She must've been sleeping with her lecturers," or "She's been cheating her way through every exam." Even when a lady attains a high political or business position, most people will say "She must have slept her way into it." Why's that?

There's a young man who's so passionate about body building and fitness. He begins to build himself gradually and continually. Then he develops an attractive and healthy body structure and he keeps on building his body. People begin to say, "Don't mind him. He's jobless. All he does is gym, nothing else!"

A young girl is happily married to a young responsible guy and instead of being happy about the couple, you'll hear some people say "That girl has been wayward all her life, she doesn't deserve to be married to such a man." They say she has been a bad girl and the  marriage shouldn't have been successful.

I've been bothered about why people do this and I've come to three conclusions:

#1. They're simply jealous
When you become really successful in what you do, be it in terms of more money, fame, recognition etc, people become naturally jealous because they don't have what you have. Now most of them will rather attribute negative things to your success rather than be motivated to work harder and achieve their own success.

Are you jealous of the success of other people making you hate on them? Then you need to transmute that jealousy into motivation for yourself because saying negative things about successful people will keep success far from you and make you feel comfortable with where you are. A poor man who calls all rich people ritualists or thieves will never be rich because he believes riches are connected to negativity.

#2 Some are sadists
The second reason I figured out is that some of those people are just naturally sadists. Some people are so negative about everything good. These guys only think in the negative direction and hardly see any positives. Most of them became like that because they have been so frustrated in life and they have given up on any efforts at being successful.

They rest in their obscure position and each time they see anyone successful, it reminds them of all their failed attempts at success and reminds them of the life they could've been living if they hadn't quit. This hurts them and in order to feel better, they will always say something negative about other people's success. These people will hate you for being successful, no matter what! Why not have them hate you for being so happy and successful?

They become scared that they may never be as progressive as you are and may never have what you have. It scares them. And some of them will choose the easy way out which is to hate your success. A person with a mind to succeed will not turn to hating on you because you're successful. Even though they're also reminded of their fears, they will be motivated to face it and keep trying!

If you fall into any of the three categories above, save yourself the stress and strive to make your own life better. Instead of being jealous and letting yourself remain stagnant, why not be genuinely happy for successful people and strive to become successful too?

I don't want to believe you're a sadist, but if you fall into #2, you need to understand that your past doesn't define you. You can still turn your whole life around with a single decision and action. Why choose to be sadistic?

We all have fears, but facing them and using them as our source of motivation has often proven better than letting those fears turn us into hateful people.

Because there's no point hating on successful people! There's no point whatsoever! You gain nothing by doing it, rather you lose because your hate for success will keep you in the same place.

Your hate can't change their success. Your hate won't get those things they have for you. Your hate won't add or subtract anything from the lives of these successful people, so why bother hating on people's successes?

The young man who made money quickly may have been lucky enough to get it right early in his business. There's no where it's written that making profit must be very slow. The beautiful girl who made a First Class may have worked very hard for it and burnt her midnight candle. The newly married young lady may not have been as bad as you've tagged her.

You should even ask yourself: Has everything you've ever achieved been through a negative way? Did you always cheat through everything? If No, why do you quickly attribute negative things to success? If Yes, then it's understandable why you think everyone is like you. Drop the hatred and negativity.

Rise above it and focus on your game! Start with telling yourself the truth about your position and where you want to be, then commit yourself to tirelessly working towards that place you want to be. When the time is right, you will hit your own success and you'll  be glad you did rather than join the haters.

If you're already successful, you shouldn't care about what haters are saying. I guess you know that already. If you can inspire or help others to be as successful as you are, please do. But never pay any attention to haters because if you're not careful, they will infect you with hate and bitterness and you will spend useful energy hating on those haters.

If this article makes sense to one person, my work has been done.

Don't hate the success of other people, be happy for them and keep winning!
Hate inspiration Motivation People success